Opera Australia has announced its 2022 season, which includes a mix of productions originally slated for 2020 and 2021 but postponed due to COVID, the revival of some of its most popular productions and a new digital staging of Il Trovatore. 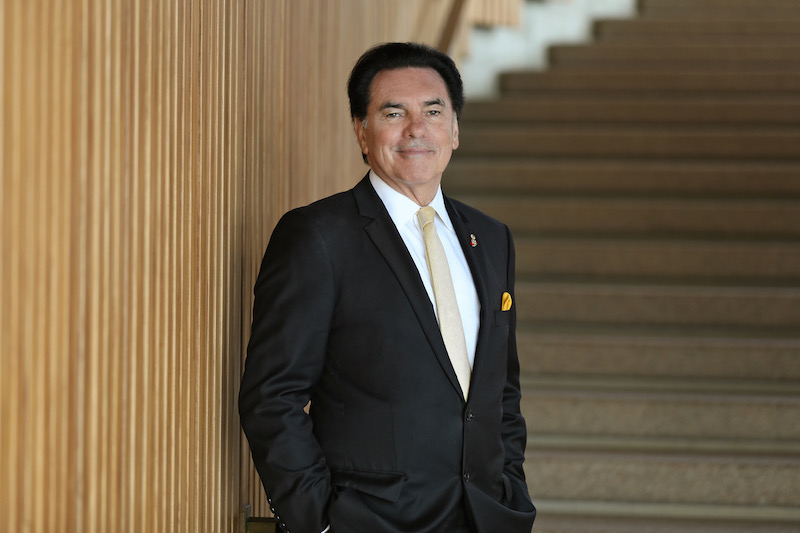 However, art director Lyndon Terracini says this will be the last time it will be featured, with a new Bohemiane which will be unveiled in 2023.

“Gale’s production of Bohemian is certainly close to my heart, it was the first opera I commissioned when I started OA in 2009 and it has served the company wonderfully. He is loved by people all over the world, so this is an opportunity for the public to see him one last time and say goodbye to him, ”said Terracini.

“I think it’s a great production”, says Terracini Spotlight. “Every time we do it people love it and it sells incredibly well, but we’ve had hundreds and hundreds of performances of it. [so] it’s time for a new one…. I want to make one with a completely different feel, ”he adds, revealing that the next one Bohemian will be a digital production.

Puccini’s Graeme Murphy’s production Turandot opens two weeks later, with the return of American soprano Lise Lindstrom to play the title role. She will share the role with rising Australian star Anna-Louise Cole, who was scheduled to debut as Brünnhilde in OA’s Brisbane 2021. Ring Cycle, which had to be postponed a second time due to the pandemic. The Turandot The cast will also include tenor Yonghoon Lee and soprano Karah Son, both from South Korea. Christian Badea will lead.

Mozart’s acclaimed Sir David McVicar production The Marriage of Figaro opens at the end of January with Italian baritones Mario Cassi as Count and Tommaso Barea as Figaro, alongside Russian soprano Ekaterina Morozova as Countess and Australian Stacey Alleaume as Susanna, conducted by Andrea Molino. 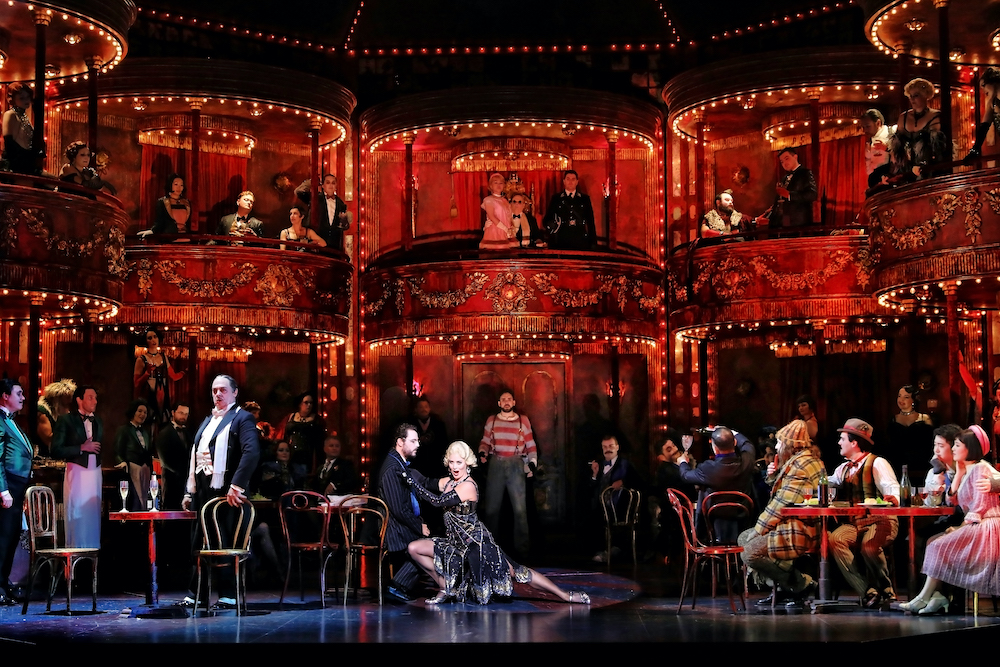 In March, a new production by Halévy The Jewess. OA had planned to hold the Australian premiere in 2020, but that took place for most of the 2020 season. The French grand opera, first premiered in Paris in 1835, portrays a dangerous love affair between a young couple – a Christian and a Jewess. Co-produced with the Opéra de Lyon, French director Olivier Py puts the decor back to the 1930s. “So you have references to the Holocaust, which makes perfect sense with the play,” explains Terracini.

“It’s a fantastic piece and it’s a great opera, but it’s a great opportunity for Natalie and Diego and Shanul. David Parkin also played an important role there, ”explains Terracini.

“So this season we see people that I’ve been developing, some for ten years. Natalie Aroyan doesn’t just The Jewess but also Attila, Anna-Louise Cole makes her first Turandot this season, and Stacey [Alleaume] Is Traviata. She just did Gilda in Bregenz [in Austria] and she has Traviata in a big European theater at the end of next year so everything is working out for her. Shanul is also doing incredibly well. he just did Mitridate of Ponto in Italy, so he’s really making progress. It is [exciting] seeing people realize their potential in a large standard repertoire that few people can do well, ”says Terracini. 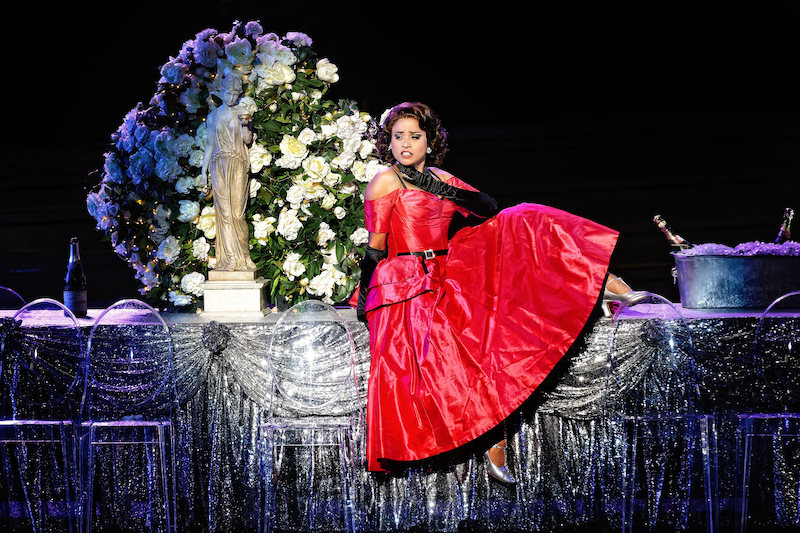 Melbourne’s fall season opens in May with Elijah Moshinsky’s production of La Traviata. Following their success in the opera Handa on the Sydney Harbor production, Stacey Alleaume made her theater debut under the direction of Violetta and Constantine Costi. Albanian tenor Saimir Pirgu plays Alfredo with José Carbó in the role of his father Giorgio Germont. Alleaume will also play the role of Violetta in Sydney in June / July with Ji-Min Park as Alfredo and Renato Palumbo on the podium.

Wagner’s production by Olivier Py Lohengrin will have its Australian premiere in Melbourne in May. The co-production with the Theater Royal de la Monnaie was originally scheduled for 2020. Py placed the opera in the ruins of Berlin in the aftermath of World War II, using monumental multi-level backdrop to represent a decaying theater where the Emblems of German romanticism collect dust. Italian tenor Roberto Aronica (who plays Don José in Carmen on Cockatoo Island) plays the title role, with American soprano Emily Magee as the hapless Elsa, Elena Gabouri as Ortrud and Marco Vratogna as Telramund. OA’s head of music, Tahu Matheson, conducts.

The Melbourne Autumn Season also includes a concert version of Boito’s Mefistofele, conducted by Andrea Battistoni and conducted by Matthew Barclay, with Italian bass Ferruccio Furlanetto as Mefistofele, Diego Torre as Faust and American soprano Leah Crocetto (who made her Australian debut in Aida in 2021) as Margherita.

Furlanetto will also perform in concert, accompanied on the piano by Natalia Sidorenko. “It’s sort of a summary of his 50-year career,” says Terracini. “In the first half, there are Brahms and Mussorgsky, then he sings [a variety of famous bass arias] including Figaro, which he made with Herbert von Karajan, scene of the death of Boris [from Boris Gudonov], the great scene of King Philippe of Don Carlo, the death scene in Don Quichotte, so these are great scenes of some of the things he’s done in his career.

“We have four phenomenal singers. Everybody always says you have to have the four best singers in the world to do Trovatore, well, it’s pretty close to that, ”says Terracini.

“It’s going to be a big production like Davide’s productions usually are, and having those kinds of people in it, and also Andrea Battistoni directing, I think it will be exciting. You cannot make a literal production of Trovatore, the story is so absurd, it’s ridiculous, so it’s a good opportunity to do something different with the [LED] panels and have a different narrative rather than being literal with it.

“We’re going to do it, it just came out of COVID, we couldn’t afford another new production, so we’re doing Maria stuarda in concert to give people a taste and in a few years we will do it as a production ”, explains Terracini. 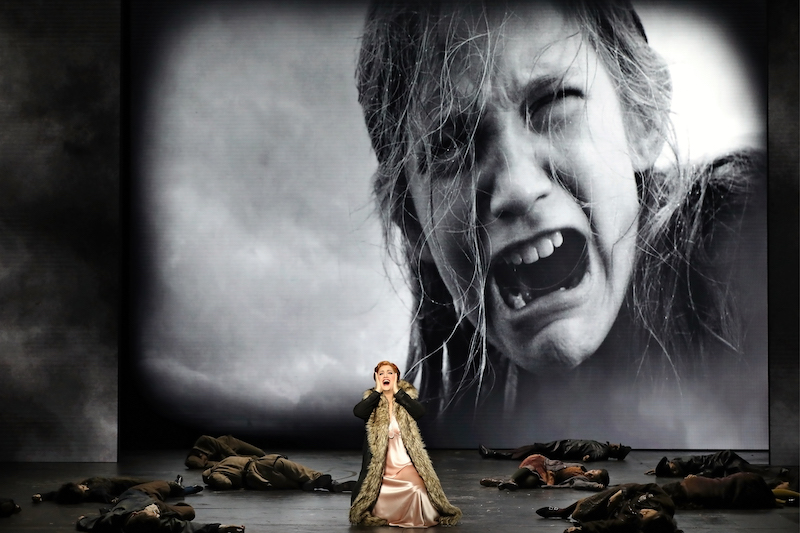 In October, OA will stage Verdi Attila – I hope this is a lucky third. The production premiered in March 2020 but had to close after two performances. Rescheduled in 2021, another COVID lockdown has seen it postponed again.

“Everyone keeps telling me ‘don’t take risks, don’t do it again!’ Laughs Terracini. “It’s like The Scottish Play, but I said ‘we’ll do it.’ Also we have [Russian bass] Ildar Abdrazakov, who is the greatest Attila on the planet, with all due respect to the people we’ve had in the past, but he’s sensational, and I wanted Natalie and Diego to do well.

As previously announced, the 2022 Handa Opera on Sydney Harbor will be a new production of Andrew Lloyd Webber’s hit musical The Phantom of the Opera, directed by Simon Phillips.

OA and the Really Useful Group will also stage Cameron Mackintosh’s new production, Ghost at the Sydney Opera House and the Melbourne Center for the Arts. Postponed from 2021, it will now open in Sydney on August 19 and Melbourne on October 30, 2022.

Season 2022 will feature another musical – Rodgers & Hammerstein’s Cinderella at the Lyric Theater in Sydney from October 23, which has been postponed from this year, with dates in Melbourne to be confirmed. There is also a new outdoor event called Opera on Cockatoo Island, for which Liesel Badorrek will create a new production of Carmen, tailor-made for the site.

Priscilla Jackman to direct new Rossini production The Barber of Seville, who will be doing a national tour. As for Brisbane twice postponed Ring Cycle, he does not appear in the 2022 season.

“It won’t be next year, but it won’t be far from it,” Terracini said. “Although we’ve booked the theater, I’m not allowed to tell anyone exactly when it is – but it won’t be as far back as 2024.”

More information on the 2022 season can be found on the Opera Australia website.