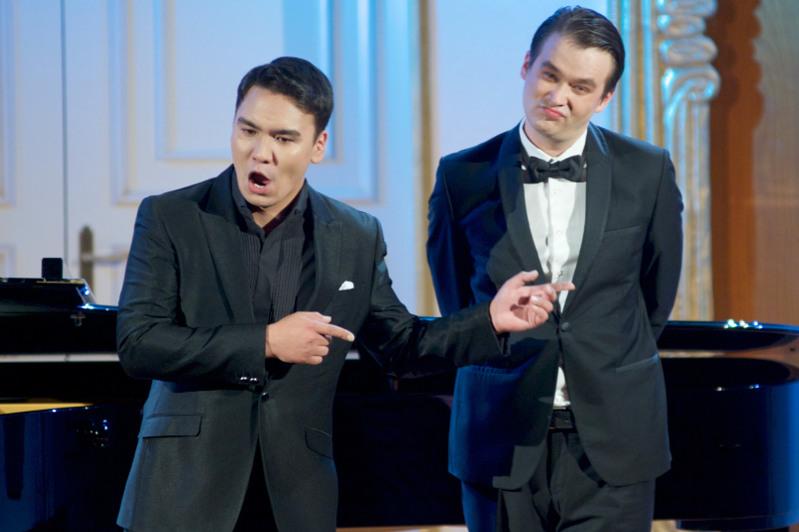 NUR-SULTAN. KAZINFORM – The first performance of the participants of the ASTANA OPERA Academy will take place on November 8 in the Baiseitova chamber hall. On the program, duets and scenes from the world’s lyric repertoire. The concert entitled “UNO, DUE, TRE …” will be a test in a way for young singers, Kazinform learned from the press service of the Opera of Astana.

“The first academic month of the academy’s work is over, and we can already take stock of the work accomplished, while presenting the young performers to the public. This performance will open a new ASTANA OPERA International Opera Academy Presents concert series, to which we are happy to invite everyone. We have prepared an interesting and varied program for the audience, with works by Mozart, Bellini, Rossini, Donizetti, Verdi, Leoncavallo and Tchaikovsky. Most of the works are not part of the opera repertoire, which means that the audience will hear these creations performed by the young singers for the first time. We hope that the new voices will leave a mark in the hearts of the audience and give an unforgettable musical evening, ”said Timur Urmancheyev, Honored Worker from Kazakhstan, Artistic Director of the International Opera Academy ASTANA OPERA.

The name of the concert program “UNO, DUE, TRE …” was not chosen by chance. It marks the beginning of a difficult, but at the same time instructive study program that the participants of the International Academy will have to follow.

The theme of the concert is duets, tercets and operatic ensembles. Ensemble performance requires maximum concentration, vocal mastery and a sense of partnership in singing. In combination, this indicates the skill level. Singing in an ensemble is an essential skill for any singer considering devoting their life to opera. Participants and academy teachers prepared a diverse program consisting of lyrical, dramatic and even comedic scenes.

“We had a month to prepare, so that the singers could learn the works, feel their characters and express the full range of emotions, set by the composer, with their voices. In addition to the ability to sing in an ensemble, it is important to correctly interpret the music and bring a part of yourself to it, which will make it unique ”, Anatoly Goussev, professor of the Opera Academy, professor of lyric song from Italy, said.

Participants work on vocal technique and repertoire on a daily basis, learn the Italian language and improve their acting skills to be more free and organic on stage.

“For me, every performance is always a celebration. The stage is my life. We singers like solo works, but there are a lot of ensembles, duets, terzets in operas. Thus, being able to interpret them is very important to participate in opera performances. Working as a duo is meticulous work. You have to know exactly your role and listen to your partners, transform yourself into your heroine and be part of the plot of the opera in order to correctly convey the emotions of the duet scene ”, explained Dariga Mussayeva, the participant of the academy.

“I am happy and excited at the same time. For any singer, every appearance on stage is exciting, and when the students sing, that’s a big responsibility for me too. I feel worry and excitement with them. It is important for us to show the work done during the first month, although this period is very short for lessons with a new teacher. The voice is an instrument that requires constant work, correct tuning and careful handling ”, underlined Francesco Medda, professor of the Opera Academy, Italian maestro of lyrical singing.

“We express our sincere gratitude to the Halyk Charity Fund, which pays great attention to the preservation and enhancement of cultural heritage and the popularization of art, for its support. The financial assistance provided by the Halyk Charity Fund was aimed at the creation of the academy and the development of the lyric art of our country ”, noted the representatives of the International Opera Academy ASTANA OPERA.