(MANASQUAN, NJ) – After more than 16 months, the return of live musical theater has to start somewhere. This month at the Algonquin Musical Theater is “Start here, start now. “ Four performances are scheduled from April 16 to 18.

From the first kiss to the painful breakup, romantic relationships come full circle in this intimate musical review that features the voices and acting of the three stars of the series. Richard Maltby’s tongue-in-cheek lyrics combined with catchy music by David Shire forge a quick and engaging look at how love can go right, wrong, or nowhere.

The evening performances of “Start Here, Start Now” will take place on April 16 and 17 at 8:00 PM. Mornings will take place on April 17 at 2:00 p.m. and a closing performance on Sunday April 18 at 3:00 p.m. Audience members in attendance will have a socially distant theatrical experience that includes mandatory mask wear, remote seating, limited capacity, and improved cleaning protocols. Guests will be treated to a performance by three leading actors who have received rave reviews in a variety of roles on the Algonquin scene and beyond. 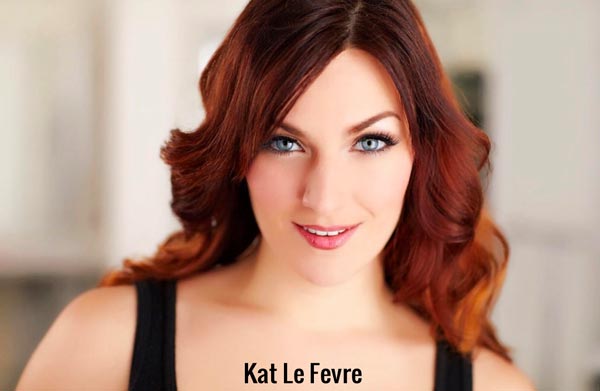 Kat Le Fevre returns to the Algonquin scene after a multi-year engagement singing for the Walt Disney Company aboard cruise lines and in theme parks around the world. She was introduced to the Algonquin audience when she played the role of Anna in “The King & I” in 2016 and returned the following summer to reach new heights as Peter in “Peter Pan”.

Rebecca Madeira is one month away from graduating from Rutgers with a music degree. She is returning to the Algonquin for the first time since playing the role of Ariel in “The Little Mermaid”. More recently, local theatergoers have seen her as Johanna in Spring Lake’s “Sweeney Todd” production.

Advertise with New Jersey Stage for $ 50 to $ 100 per month, click here for more information

Michael Morch returns to known territory as the lead actor in an Algonquin production. His long list of credits here includes Roger De Bris in “The Producers”, Greg in “A Chorus Line”, Sky Masterson in “Guys & Dolls”, Frederick Fellows in “Noises Off”, Bob Wallace in “White Christmas” and Fred Gailey in “Miracle of 34e Rue The Musical. 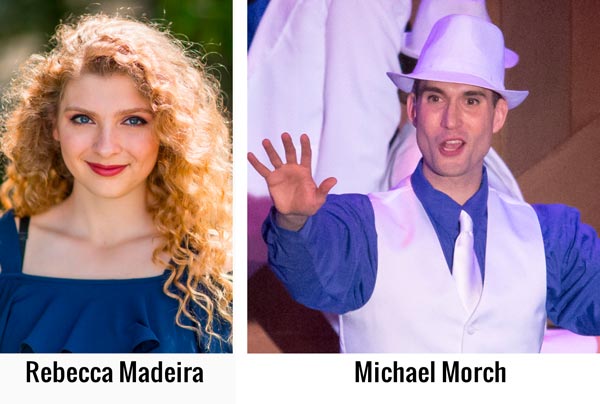 Tickets cost $ 36 for adults, $ 33 for seniors, and $ 25 for students. Single tickets and pairs seated together can be purchased online at algonquinarts.org or over the phone. Seats for groups of 3 or more should be arranged by phone by calling 732-528-9211 on weekdays from 11:00 a.m. to 4:00 p.m. The theater box office is closed to walk-in customers during normal hours, but will open in the theater lobby 1 hour before each curtain.

About the socially distanced theatrical experience

The Algonquin has been presenting live shows with all the required security measures in place since last November. More than half of customers who attended the production of “Mass Appeal” in March indicated in a survey that they were already fully immunized.

* Wearing a mask is compulsory.

* The number of seats is limited to 125 with at least 2 seats or an aisle between each party horizontally, and 1 empty row between the parties from front to back.

* All seats have direct access to an aisle; no passing or around other customers.

* The entire installation, including the seats, is disinfected before each performance.

* The capacity of the toilets will be limited.

Advertise with New Jersey Stage for $ 50 to $ 100 per month, click here for more information

* Lines will be managed with floors marked 6 feet apart between customers.

* Additional policies are listed on the event pages at algonquinarts.org.

Additionally, all customers should self-screen for symptoms or exposure to COVID-19 before attending a performance. If a ticket holder is showing symptoms or has been recently exposed, they can call to request a full refund of their party tickets.

To avoid having to remove a mask to eat or drink, bottled water will be the only concession available for sale. Outdoor food and drinks are not permitted in the theater.

The cast and crew members wore masks and socially distanced themselves throughout the rehearsal process. The first row of the theater will not be sold so that the actors, who will not wear masks on stage, are away from the audience.

Maltby’s tongue-in-cheek lyrics combined with Shire’s catchy music, forge a quick and engaging look at how love can go right, wrong, or nowhere. Using songs from their various early musicals (produced or not), this daring journey takes an alluring cast of three through the maze of modern relationships with their hearts firmly on their sleeve.

As with all of Maltby and Shire’s work, each song is an impeccably crafted story – original, engaging, full of character, and showcasing the versatility and charisma of its performer.

From tender ballads to the hysterical lamentations of the husband-hunt, from ironic comments on fashionable weddings to ecstatic rooftop-shouting celebrations, “Start here, start now” has an alluring freshness that has made it a favorite in grand theaters. and small.

Maltby & Shire’s due began working together as students at Yale. In addition to “Starting Here, Starting Now”, they worked together on the Broadway shows “Baby” and “Big”.

Shire played piano in the pit for the original productions of The Fantasticks and Funny Girl, eventually becoming Barbra Streisand’s pianist for several years. He has composed for Broadway and film – including “All the President’s Men” and parts of “Saturday Night Fever”.

Maltby is best known for two other musical journals that he designed and directed. His “Ain’t Misbehavin ‘” and “Fosse” each won the Tony Award for Best Musical. Among other projects, he was the co-lyricist of Tony-nominated “Miss Saigon”.

About the Algonquin Arts Theater

Algonquin Arts Theater (AAT) is a 501c (3) nonprofit center for the performing arts, providing cultural enrichment and arts education to residents and visitors of central New Jersey and the Jersey Shore through performances and programs from high quality in theater, music, dance and cinema.

Located in Manasquan, New Jersey, AAT is an integral part of the Shore region, providing broad access to artistic experiences across multiple disciplines. Deeply committed to education, AAT serves students of all ages not only through the teaching of art and music, but also through the unique common conversation that exists between audience member and performer. The theater provides a platform for local and regional artists to present their work and offers the public the opportunity to engage very directly and personally in the arts, fostering greater participation and providing an engaging medium to explore personal issues and societal across the world of the stage.

Algonquin Arts Theater programs are made possible in part by funding from the New Jersey State Council on the Arts / Department of State, a partner agency of the National Endowment for the Arts. Funding is also provided by Hackensack Meridian Health, the PNC Foundation, the Mansaquan Bank, the OceanFirst Foundation, the Investors Bank Foundation, the Provident Bank Foundation and the generosity of other companies and our patrons.